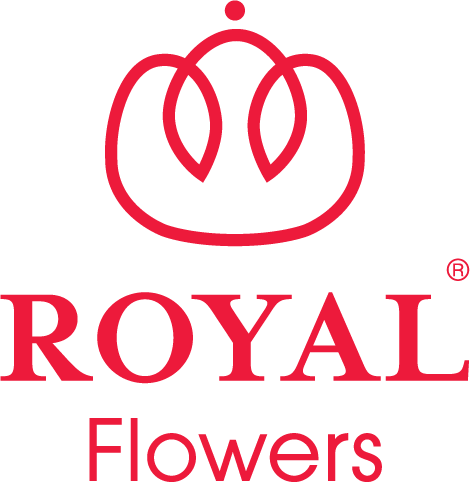 Royal Flowers wants to stay ahead

Quality, innovation and sustainability are key words for Royal Flowers in Ecuador.

Quality, innovation and sustainability are some of the key words for Royal Flowers in Ecuador. That’s how they want to differentiate themselves from all the others. The prominent company from the Andean country is trying different things to achieve these goals, including a new irrigation system and a better ratio between organic and chemical farming.

Not far from the Pan-American Highway, situated in the Andes Mountains, you’ll find the largest of the Royal Flowers nurseries: Continex. This branch is located south of capital city Quito at an altitude of 3,000 metres, close to the Cotopaxi volcano. The area is characterised by the cultivation of broccoli and flowers.

The large fence with alarm and the tall tower behind it, overlooking the 64-hectare site of Continex, immediately tell us that this is not just any flower nursery. The considerable size of the Royal Flowers stand on the new Ecuadorian trade fair Expo Flor last September was another indication of their success.

Positive
Executive Vice President Lenin Arias takes us on a tour of the company. He says that things seem to be going well, because the numbers are all positive. “During the past year, our production increased by fifteen percent and our sales went up by ten percent. But we need to keep innovating if we want to stay on track.”

Arias points at the workers at the far end of the large site, where a modern, more efficient irrigation system is currently being installed. And Royal Flowers is always working on new varieties to keep them in the forefront of the flower trade.

The company started in 1991 with four hectares of roses. By now, it has become one of the larger players. Royal Flowers has more than 130 hectares of production, spread across three different locations. The other two are near the airport and to the east of Quito.

Their annual production of 72 million stems consists mainly of roses (90%, more than 100 different varieties). The USA is their largest distribution market, more than half of their production ends up in this country. Royal Flowers employs 1,050 people.

“We have diversified. In addition to roses, we’re now also growing summer flowers and hydrangea and we’re supplying prepared and dyed flowers”, adds Arias. “This is our largest nursery. It incorporates a showroom for visitors, located next to Conectiflor, where we cultivate specific varieties, for Jan Spek Rozen, for example.”

Fresh Link Cargo
They’ve got another connection with the Netherlands, through their Dutch limited company, which has a warehouse in Rijnsburg near the auction in Aalsmeer. However, their most important foreign branch is the one in Miami. This is their hub for marketing, sales and distribution. Arias: “Everything else goes through our own logistics branch, called Fresh Link Cargo. They ship 300,000 boxes per year.”

Just like other companies in the sector, Royal Flowers is facing high airfreight rates. Some companies are experimenting with sea cargo, but that has its own challenges. Arias knows all about it. “We tried to transport our products by ship to Russia a few years ago. Thirty percent of the roses were no longer saleable, so we won’t be doing that again.”

Walking around the nursery, Executive Vice President Arias shows us the most popular product of his company, the Freedom rose, which is bunched, packaged and transferred to the cold storage in large numbers, ready to leave the company. The Continex location is full of activity, October is a big month both for production and for sales. Arias: “We just had a bank holiday, but we had to ask people to come in and work because there was a production of 260,000 stems that day. We had to pay them double time, just like on Saturdays.”

Electronic screens in the sorting area display the actual speed of work. They show targets, numbers and associated icons (happy, sad), to indicate whether the speed is satisfactory or not. 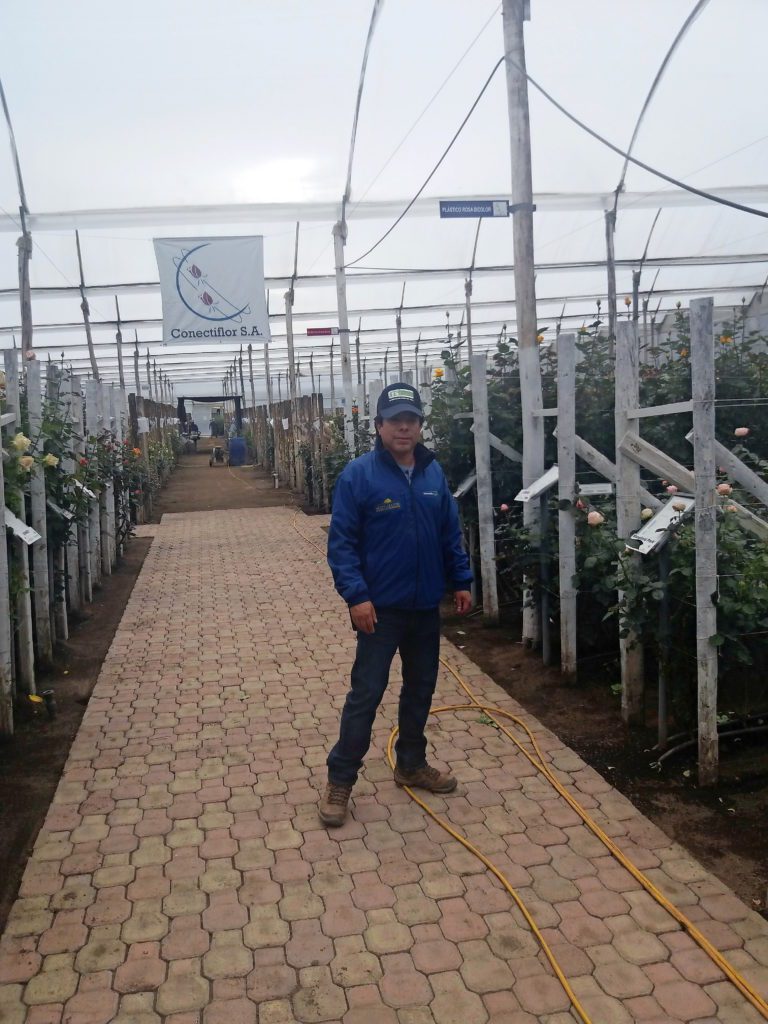 Colder than expected
Although Ecuador has the ideal conditions for flower growing, thanks to its high-altitude location on the equator (providing an even number of light hours and a warm, but not too hot, climate), there have been climate changes here, too. Sudden temperature changes and long periods of drought, alternated with torrential downpours, have led to less stable growing conditions and more diseases.

Last September, for example, was colder than expected, but it was followed by a period that was sunnier and warmer than normal. As a result, they had to keep buyers waiting initially, and a little later, it was all hands on deck, because everything came into bloom very quickly.

“We really need to watch out for powdery mildew in summer, when there’s a lot of sun and wind, and botrytis in winter, when there’s a lot of rain”, continues Arias. “As we are Rainforest Alliance certified, we must be careful with what we use for pest and disease control. At the moment, we’re using 70 percent organic and 30 percent chemical means, and our aim is a ratio of 80-20. That puts us ahead of everyone else in Ecuador.” Bacteria they use to fight pests and diseases include Bacillus thuringiensis (mite) and Bacillus subtilis (botrytis and powdery mildew).

Hanging gutters
Royal Flowers tries to differentiate itself through sustainability and by investing in expensive irrigation systems, fertilizers and modern cultivation techniques. As well as through their product of course: large, long-lasting flowers with rich colours.

Visitors can see how these goals are achieved on the tour of the Continex nursery. Different types of shading cloth for the different greenhouses are used to get a variety of colours. The flowers are grown in garden soil and hanging gutters. Some of the roses have bud covers for lighter colours.

High-quality feed is used to prevent pests and diseases. They’re using tibicos for this, a symbiotic mix of bacteria and yeast. The company is inspected on a regular basis, to ensure that Royal Flowers adheres to the strict Rainforest Alliance requirements.They also include aspects regarding workers’ health and safety. Just like many other large flower farms in Ecuador, Continex has an in-house medical service and dentist. It’s situated next to the lab, where plants are propagated.

Workers for the regular labour tasks are easy to get, according to the head of HR, Alan Gerber. “Unlike office staff and employees for more advanced technical roles. Most of their administrative staff aren’t local, but from Quito. That’s an hour’s drive away, not something everyone’s up for. And as for technical employees, there simply is a shortage.” 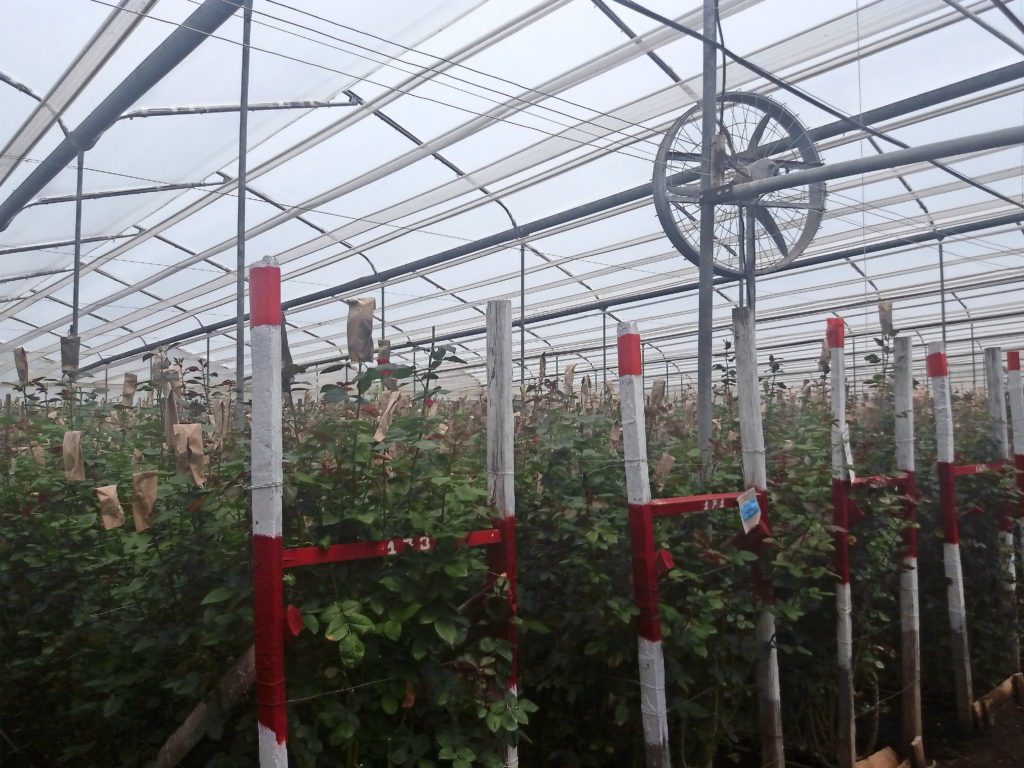 Get the latest news and offers.